She Came Back Article

I used to believe Love was always kind, always sweet, and always accommodating. I used to believe I could only be loved if I was the same way. That if my opinion was going to cause conflict it wasn’t worth stating. I remember as a child deciding that if someone ever said something mean to me, I would say, “ If you can’t say anything nice, don’t say anything at all.” And I also applied this to myself. The result was that I missed the potency of tough love. Of sharing the truth even though it may hurt.

Now I believe that Love is speaking TRUTH. It can be kind and brutal, sweet and fierce, accommodating and kick ass get the f*** outta here.

Love is water shaped in the fires of heaven.

My initiation deeper into Love wasn’t easy. In fact, it was the hardest thing I’ve had to go through in this lifetime. It took letting myself be raped by believing in spiritual delusion for the sword of clarity, voice of justice, and passion of fire to pierce the veil of my sweet bliss bunny in the clouds reality. There’s an evil in the world using whatever vessel it can – saints and sinners to perpetuate its survival. It moves through us all. And the thing that lets it survive.

I no longer believe that the feminine force wants to be silent.

As of tonight actually

We’ve been flirting since the summer time

But she just took up full residency

She’s restoring trust between my legs

I used to not trust her. That kind of blood red power is the fuel of death in to many lives. But the funny thing is, we used to be best friends. I lived and breathed her primal ways until she got burned out of my body back in the 1300’s. Same story as so many. Before 13 and karma hit, nothing was getting past my legs on the sheer account that I wanted to save the world and knew I had no time for boys. But when the first one came knocking it knocked me on my nice girl ass because my boundaries were made of water and pretty flowers and lace panties. My blood boiling lady had been cast off to a place far outside me. My motto, “if you can’t say anything nice don’t say anything at all”.

I’ll never forget the night I tasted her again. It had been so long that I didn’t recognize her as a friend. It took facing why she’d left in the first place. The reality is that it hurt too much when she would try to protect me. There would be more torture, more pain, it was harder to resist than to surrender. And She was why it all was happening in the first place. So this wild, primal, blood witch and defender locked herself far away from my conscious mind.

Now a soul fragment outside time.

Don’t I have to die to feel this fierce love?

Don’t I have to die to express my true self?

Can I just die?

Can I please just die?

In this sterile reality that kills the wild things.

Except deep inside my bones.

Deep inside these bones.

So she went deep inside my bones.

And I forgot she was there.

The most recent time she was needed and still buried deep, he was fucking me on the grass. I was drugged by a masterful manipulator on hypnosis and sudo “tantra” techniques, under the delusion that to “ascend” this was a necessary part of the process. I thought I had to die to become my True self. He kept saying that I couldn’t think about anything in the past or future or else it wouldn’t work. So my soul left my body. I don’t know how much time passed. Then I felt my back getting raw from rubbing on the grass. It hurt. And that pain brought me back. When I came too, I realized I hadn’t died. What he’d claimed hadn’t worked. I was still human and a lot more fucked up. He was feeding my shadow. My pain body. All that had to die was the belief that he had some power I didn’t. That it’s more powerful to be some energy in the sky then to actually have a body. That men have some power I don’t. They’ll rape you, kill you, your family, make you watch. If you leave them, no one will want you. If you leave them, they claim they’ll kill themselves. How many times have we all heard those stories? And worse how many times have we given them our power?

Long story short, I didn’t die. Not then, not now. I’ll never die. I’m the voice of every woman’s cry. I’m the water you drink. I’m the land upon which you sleep. I’m the true power behind every eye. She came back. It took a lot of coaxing, proding, prying. My beloved at the time asking, “What happened? How did he rape you? How did he do it?” Feeling like he was spearing a still fresh wound. And my, “Idk I can’t remember”, silent sobbing. Heart numb, yet breaking like a frozen waterfall melting at dawn. Thank goddess for this man. He wouldn’t let me off on the “I don’t remember” card. He made me remember everything. Everything. Not just this lifetime, but the deeper pattern of a line of sexual abuse that started at the banishment of the feral feminine across the planet. The deception. The lies. The violation a million times too many times. Not just this life, but the root of my soul line, ancestral lineage, all the wombs I’d ever inhabited. The collective womb.

And She came back.

In a volcanic explosion of the primal scream of the goddess who had been burnt and tortured for lifetimes.

She came back with hysterical sobs of hot acid water.

She came back pounding the dirt with her fists until they hurt and pulling her hair hysterically in anguish.

She came back with shrieks of absolute terror that she’d ever been gone from here.

She came back choking on everything she’d wanted to say the whole time she was away.

She came back, and I finally felt alive.

No more hiding from the truth inside.

No I don’t have to die at the hands of a man!

No I don’t die when you kill this flesh!

I come from a power that can never be a conquest!

She came back and swore she would never leave. The fire is back, and I’m burning, baby. This world needs to burn, baby. Let it burn, baby. So don’t get too close unless you want the truth.

She’s no longer interested in playing nice to keep the waters calm.

She wants the waters clear.

I didn’t realize how much I missed her. Now she cradles me to sleep at night, under the wild moon, and we howl together. Speaking of blood and bones and dirt. Giggling at the horrors and delights of our journey. Remembering and thanking all of it. And I realized I’ve also been the rapist. I’ve also been the torturer. I’ve also been the murderer. And that every person in my reality, throughout my entire journey as a human soul, was a beloved playing his or her part perfectly.

We are the children of the most beautiful love story in the universe. I believe everything exists to facilitate the remembrance and embodiment of this truth. To discern and learn this love not because we don’t have any other choice, but because we are faced with duality of opposites and get to choose love or fear. We all come home in the “end”. The spiral never looses. Forgive yourself. Forgive yourself for this play is divine. We are truly all walking each other Home. Forgiveness and Compassion. Rewrite the ending. The complete healing. The perfect weaving. The divine casting. The ultimate trusting. The forever nesting. Eternal resting. Infinite blessing.

SPEAK I tell you. The time of your silence is over. 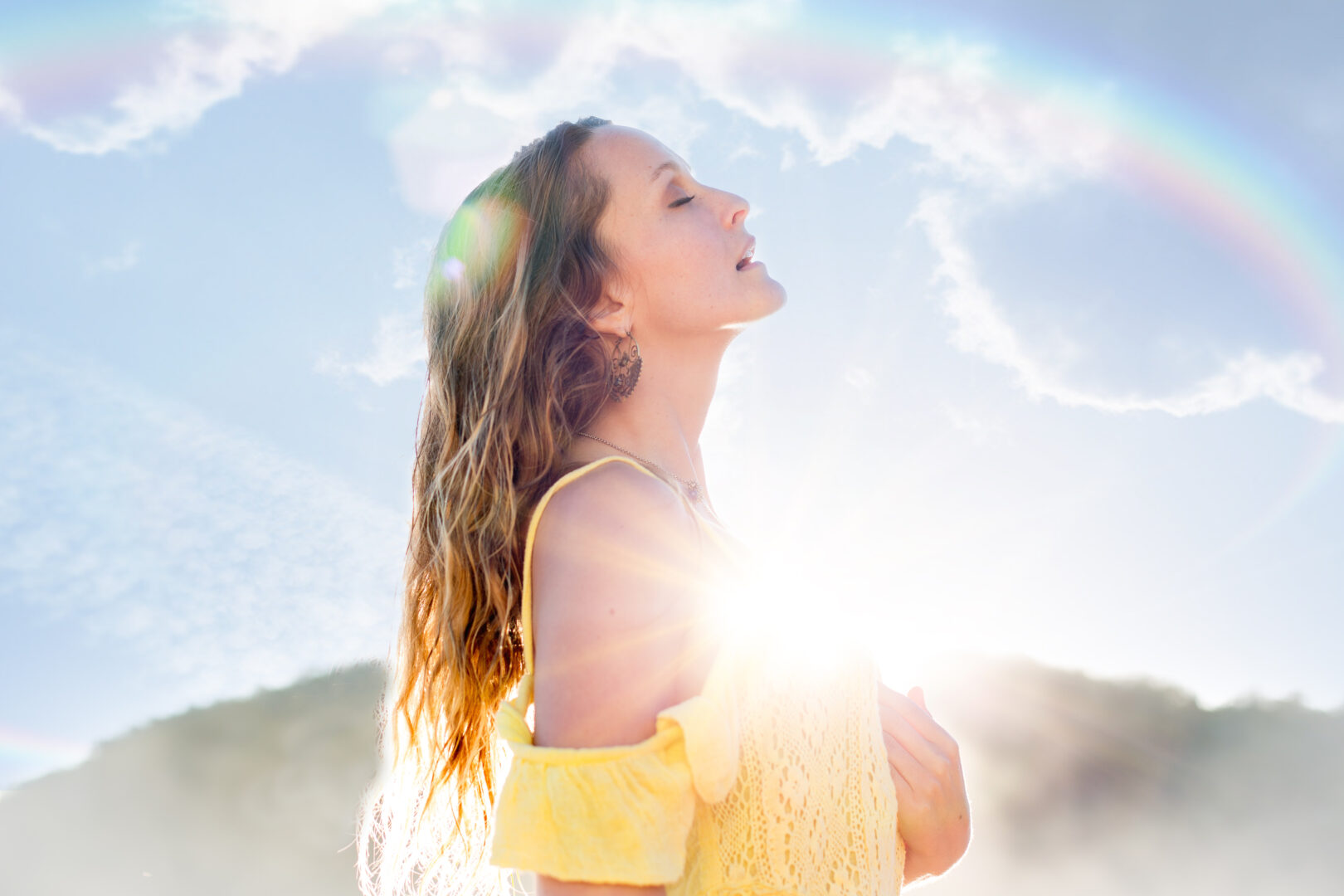 Dakota Chanel is an ordained water priestess devoted to the restoration of divine feminine living.